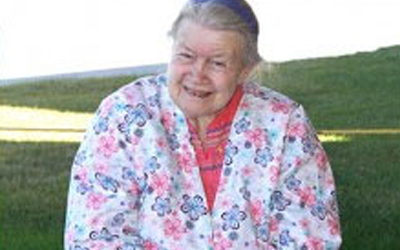 Ruth Ziolkowski, long-time inspirational leader of Crazy Horse Memorial, passed away peacefully on Wednesday, May 21 with members of her family at her side.

Ruth Ross was born on June 26, 1926, in Hartford, Conn. She grew up in West Hartford, Conn., where she first met the sculptor, Korczak Ziolkowski. She came to the Black Hills of South Dakota in June 1947 to help Korczak create a memorial to honor the North American Indian.

Ruth and Korczak married on Thanksgiving 1950. Together they had 10 children, many of whom have made the Crazy Horse dream their life’s work. Ruth served as the chief executive officer of the Crazy Horse Memorial Foundation since her husband’s passing on Oct. 20, 1982. Ruth was preceded in death by Korczak and their daughter Anne, who passed away on May 6, 2011.

With foresight and vision, Ruth had worked with the Crazy Horse Memorial Foundation Board of Directors in preparing for succession of leadership. A three-member executive management team is in place to lead the continued growth and development of the nonprofit foundation.

There will be a public viewing at 11 a.m. to 3 p.m. Monday, May 26 in the studio of the original log home built by Ruth and her sculptor husband Korczak in 1948. Admission fees will be waived during this time. The home is open year round to visitors of the Memorial and contains art, antiques and heirlooms.

A celebration of life will be held at 10 a.m. Tuesday, May 27 at the memorial. Guests are encouraged to come early. Services are open to friends and the public and admission fees will be waived  from 7 a.m. to 5 p.m. for the event.

It is with great sadness that we announce the death of Stephen Donald McIsaac, within the comfort of his home, on May 15, 2014. Born in Moncton, he was the first of five children and only son of the late Donald and Georgie McIsaac.

He worked extremely hard all his life to provide for his family and friends. He would never hesitate to drop everything to help someone out. For those who have had the opportunity to truly know him and cherish him, knew he was a man of honor and principle, who lived his life on his own terms, but deep down he was just a teddy bear. He will be fondly remembered for his devotion to his family and friends and his occasional visit with the “Captain.”

Stephen will be lovingly remembered by his wife of 37 years, Deborah McIsaac; and his precious daughters, Christine and Jenilee McIsaac (Chad Steeves) of Moncton. He especially loved his grand dog, Piper, who was always overjoyed to see Grampa; four devoted sisters, Doreen Carde (Ed) of Stratford, Ontario; Monica Symes (Mervin) of Shediac; Donna Willis (David) of Surrey, British Columbia; and Patricia Hocking (Jeff) of Ajax, Ontario. Lovingly remembered by many nieces, nephews, sisters and brothers-in-law and many, many friends.

The family extends a sincere thank you to Dr. Assi, Dr. Haché, Dr. Salloum and all the nurses for the unconditional care that he received during his 28 months of treatment.

In Stephen’s memory, donations to Ducks Unlimited or a memorial of the donor’s choice would be appreciated. Online condolences at www.fergusonsfuneralhome.com. 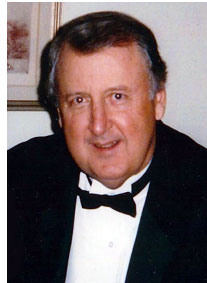 Bill was born on May 7, 1941, and became the adopted son to the most loving parents of William and Burnes Woodside. The family lived in Mission, Kan., where Bill attended St. Agnes Grade School.

In the early 1950s, the family moved to Platte Woods, Mo., where in 1959, Bill graduated from Park Hill High School. He was an active student, becoming class president his sophomore and junior years. Bill was very involved in student council, varsity club and was an exceptional football player and track star.

After attending a year at University of Missouri, he established his own Woodside Construction Co. in Riverside, Mo., which he operated until 1986. He then joined Damon Pursell Constr., Co., where he served as vice president.

He was a past board member of the Heavy Contractors of K.C. Bill was a member of the International Society of Explosives Engineers, being honored by receiving the President’s Award for outstanding service to the ISEE. He was also a former president of the Heartland Chapter of ISEE.

Bill Woodside has passed away.
Husband, son, father, brother, uncle.
Dozer hand, Blade hand, loader and hoe.
Bossman, dirt man, tractor man, blaster.
It’s not so much what we are, but who.
As Bill would say, “What’s it boil down to?”

If you worked with him, he’d get in as deep and have as much dirt, grease and knuckles busted as anyone. If you worked for him, you would want to make him proud of you and he would let you know when you did.

The Mass of Christian Burial will be celebrated 11:30 a.m. Thursday, April 3, 2014, at St. Therese Catholic Church, Rev. Joseph Cisetti as celebrant.  Visitation will be held 10:30-11:30 a.m. prior to mass. Memorial contributions are suggested to Mercedarian Missionaries of Berriz, 2115 Maturana Drive Liberty, MO 64068. The final arrangements have been entrusted with the Meyers Northland Chapel in Parkville. Memories of Bill and condolences may be left online at Meyers Funeral Chapel.

Daniel F. Fitzgibbon, Jr., 82, Simpsonville, died Wednesday, October 23, 2013, at Baptist Hospital East. A native of Chicago, Ill., he was the son of the late Bridie Sheehan and Daniel F. Fitzgibbon, Sr. He served in Bermuda with the United States Air Force from 1950- 1954 where he maintained and constructed air fields using drilling and blasting techniques.

He was an expert explosives engineer and had worked on many construction projects and mines. He drilled and loaded holes in various quarries in Illinois and Wisconsin with the Trojan Powder Company, Vibration Measurement Engineers, and Explosives Engineers Company from 1959-1969. He then moved his family to West Virginia to work on Interstate 64/Kanawha Turnpike in the South Charleston area. Mr. Fitzgibbon performed pre-splitting and blasting operations.

The gap that he blasted through the sandstone acquired the nickname “Dan’s Canyon.” One of two walls was removed by later construction, but a smooth and symmetrical wall still stands as a testament to his skill. From 1976 – 1987, Mr. Fitzgibbon owned and operated a limestone quarry in southern Randolph County, W. Va. Mr. Fitzgibbon mined and sold crushed limestone to many customers, including the West Virginia Department of Highways and the new Snowshoe Mountain Ski Resort.

Upon moving to Kentucky in 1987, Mr. Fitzgibbon painstakingly began to compile a catalog of drilling and blasting supplies. Using his extensive knowledge of and contacts in the explosives industry, the Blasters Tool and Supply Company catalog was created, and is still in use today. Mr. Fitzgibbon created and operated Powder Monkey Inc., a small wholesale blasting supply business, including the marketing and sales of his air decking system. Mr. Fitzgibbon continued to work with Blasters Tool and Supply Company in a limited capacity. It was during this time and up until his death that Mr. Fitzgibbon began working on his six patents, the most familiar being for the air decking system. Then in 2001, he started Fitzco, LLC, his last business venture that did much the same as Powder Monkey but with less travel.

Mr. Fitzgibbon was a member of the International Society of Explosive Engineers. He was a familiar face at trade shows, conventions, and ISEE conferences and traveled extensively all over the world. He often had a booth set up to show his air decking system to attendees. He didn’t know a stranger, and knew and was known by hundreds, if not thousands of the movers and shakers in the explosive industry. He told many hilarious stories from his experiences in the industry. Dan was a creative, joyful and optimistic person!

In his leisure time, he enjoyed golf and fishing and normally visited lakes in the Alexandria, Minn., area at least twice annually. In addition to his parents, one brother, John J. Fitzgibbon and one sister, Anastasia Phillips, preceded him in death. 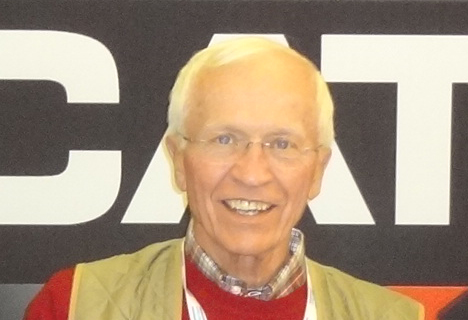 Randy Schwandt was born on July 30, 1946, in Ortonville, Minn. He grew up on a dairy farm 10 miles southeast of Milbank, S.D. Randy attended grade school in a one-room grade school with outdoor toilets. In 1963 he graduated from Milbank High School. He continued his education at the South Dakota School of Mines & Technology, earning a bachelor’s degree in civil engineering in 1967 as then a master's in civil engineering in 1974.

Randy joined the U.S. Army Corps of Engineers in 1969 and served until 1973, attaining rank of Captain. For the next 23 years, Randy worked for Ingersoll-Rand Company, Construction and Mining Division, where he held various positions ranging from sales to management.

Then in 1998, Randy joined Cate Equipment as president and general manager of drilling solutions. Cate has been a 1-R and Atlas Copco blasthole drill and air compressor distributor for over 60 years. Schwandt will be missed.