John Smith Dunk was born in Henderson, New York, on Sept. 23, 1926. He is the son of the late attorney Claude H. Dunk and Francis Smith Dunk. John attended kindergarten at the newly built Henderson Central School. After kindergarten John attended early grades in Syracuse, New York. John returned to the Watertown school system and was a 1944 graduate from Watertown High School.

After graduation, John was employed by the New York Telephone Co. as a lineman. In 1946 he joined the Army/Airforce as it was then called. Most of his service was in Germany. Upon his discharge in 1948, he entered Syracuse University, where both his parents attended. John graduated June 4, 1951, with a bachelor’s degree in civil engineering.

After graduation John was employed by the E. I. DuPont De Nemours Company as a sales and service representative for their explosives products division. Upon John’s retirement from DuPont, he began his own explosives business, St. Lawrence Mine and Quarry Supply, from his home office at Richards Drive, Watertown, New York.

In July 1966, John moved his office to Depot St., Adams Center, New York. He converted the depot into offices. The then functioning railroad delivered his manufacturing products to his doorstep. To meet the needs of his expanding business, John had an office and manufacturing plant built at Kellogg Hill, June 10, 1967, and renamed it St. Lawrence Explosives Corp. John’s previous office on Depot Street is currently a restaurant named Depot Café.

John Dunk married Phyllis Dunk November 24, 1951. They separated in 1960 then divorced. They had two children, Erik and Deborah.

John contributes to and supports the conservation of nature, health and the fine arts. He continues his support to health and has donated his body to science to promote healing and cures. John was also a longtime supporter of the Syracuse Symphony.

Surviving are his wife Phyllis who he remarried in 2010, his son and daughter, four grandchildren and five great grandchildren. John’s longtime companion Veronica Blizzard predeceased him on Feb. 23, 2007.

A memorial service will be held at the Carpenter Stoodley Funeral Home, Belleville on Saturday, Nov. 19 at 3 p.m. Calling hours will precede the service from 1-3 p.m. at the funeral home.

Online condolences can be made at www.carpenterstoodley.com. 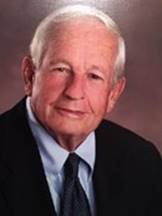 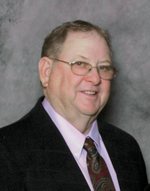 Regis Patrick Griesemer, 76, of Springfield, Mo., passed away peacefully with his family at his side on Sunday, May 22, 2016, at Mercy Hospital. Regis was born on March 30, 1940, to Henry and Josephine (Kalvelage) Griesemer in Springfield, Mo. Regis attended St. Agnes Catholic School (Springfield) through 10th grade, and completed his education at Subiaco Academy in Subiaco, Ariz. Regis was a member of Sacred Heart Catholic Church in Springfield, Mo., for 49 years.

Regis was a small business owner of Springfield Explosives, Inc., and a technical consultant for Explosive Energies for 37 years, from where he retired in 2005. He provided technical and design support for explosives engineering. Regis was a nationally recognized expert in the field of explosives.

Regis proudly served in the United States Air Force where he was stationed in Saudi Arabia and England. He served on the Springfield Catholic School Board, Sacred Heart Parish Council, and was a member of Sacred Heart choir. He served on the board of directors and was a past president of the Ozark chapter of the Society of Explosives Engineers. He was presented with the coveted Extra Mile Award from the Missouri Limestone Producers Association for his exemplary service to the association.

Regis will be remembered as a kind-hearted man that exemplified the teachings of Jesus. Regis welcomed everyone into his family with open arms, he cared and provided for those in need, and loved deeply. Regis had a spirited personality that never slowed down. His personality was seen and felt wherever he was and through those lives he touched. His sense of humor and practical jokes kept family and friends anticipating, yet not surprised by his words or actions. Regis enjoyed golf, traveling, hunting and fishing. Most importantly, Regis will be remembered deeply in the hearts of those that love him as a man strong in his Catholic faith, true to his word, and provider and protector of his family. Regis was Ann’s soulmate and best friend; Brendan and Greg’s mentor and confidant; a gentle and fun loving grandfather; and a loving father-figure to many.

Family and friends will celebrate Regis’ life and legacy beginning with a prayer service at 5:30 p.m. on Wednesday, May 25, 2016, at Sacred Heart Catholic Church, Springfield Mo., followed by visitation from 6 p.m. to 8 p.m. His celebration of life will continue on Thursday, May 26, 2016 at 10:30 am, at Sacred Heart Catholic Church. A mass will be celebrated complete with the Holy Eucharist, which was very important to Regis. Regis will be laid to rest at 3 p.m. Friday, May 27, 2016, with military honors at Missouri Veterans Cemetery, Springfield, Mo.

In lieu of flowers, memorial contributions may be made in Regis' memory to Sacred Heart Catholic Church. Arrangements are under the care Herman Lohmeyer Funeral Home, Springfield, Mo.

John Francis Zimnox, 58, of Kanawha City, left this life Tuesday, May 3, 2016, at CAMC General Hospital after a sudden illness.

John was born Dec. 22, 1957, in Steubenville, Ohio, the son of the late Walter "Duke" and Genevieve (Zarych) Zimnox. He was also preceded in death by his brother, David. He is survived by his love and wife, Amy S. Haden, whom he married at Christ Church United Methodist; sons, John Walter and his fiance, Brandon Adams, Corey Mitchell, Zane Anthony Zimnox, Wil Conner Sorrells and his fiancee, Marjorie Coy, and Matthew Grayson Sorrells; daughters, Cassie and Meg Sorrells; brother, Dennis Zimnox; sister, Michele Barnes, and brother-in-law, Todd Barnes, of Mingo Junction, Ohio; along with nieces, nephews, cousins of the extended Zimnox-Zarych family and friends who were his family.

He was a member of St. Agnes Catholic Church in Kanawha City. John graduated from Steubenville Catholic Central High School in Steubenville, Ohio. In 1980, John graduated from The Ohio State University, earning a bachelor’s degree in mining engineering. John was a 35-year employee of Dyno Nobel, serving as a sales account manager. He was a member of the International Chili Society, and frequent winner of first place prizes with bragging rights for his renowned green and red chilis. He served on the board of directors for the Mountaineer Chapter of the International Society of Explosives Engineers and was a member of the Society of Mining Engineers, the Explosives and Blasting Stakeholders Committee and the Quarry Stakeholders Committee.

John was a man who protectively loved his family and friends. He had an immense passion for life: cooking, landscaping, dancing, mushroom hunting, wine, holiday decorations and service to his neighborhood, community, church and his work. He helped others by fixing things, listening and giving good counsel. He made this life a joy to those who knew him. A man known for his humor, storytelling, riddles, laughter and teasing. He was a father to many who came into his life, a gentleman, intelligent and kind to all. He will be missed deeply by those who had the honor to know him.

In lieu of flowers, his family requests that all live a life that reflects John's and rejoice that he lived with us.

A Funeral Memorial Mass will be held at 11 a.m. Saturday, May 7, at St. Agnes Catholic Church with Father Joseph Augustine officiating. The family will receive friends from 6 to 8 p.m. Friday at Harding Funerals & Cremations. Condolences may be sent to the family by visiting www.hardingfamilygroup.com. The family requests personal messages in lieu of social media. Harding Funerals & Cremations, 514 50th St. SE, Kanawha City, is serving John's family. 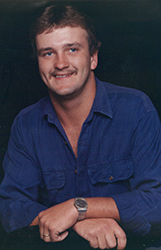 Funeral service for Daniel Garrett Eakes, 45, of Unionville, Tenn., will be at 1 p.m. Thursday, May 5, 2016, at the Higgins Funeral Home. Burial will follow in Flintville Cemetery. Danny passed away Monday, May 2, 2016, at the Huntsville Hospital.

Danny was a native of Lincoln County, Tenn., the son of Thelma Ruth Dennis Eakes and the late Columbus Lincoln Eakes. He was the owner of D.J. Drilling and Blasting.

Visitation with the family will be Wednesday evening from 4 to 7 p.m. at Higgins Funeral Home.