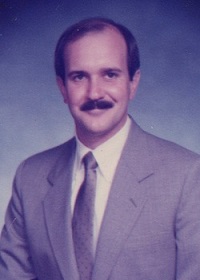 He is survived by his mother, Mary Hashagen King; and his wife of 30 years, June Ellen King. John is dearly remembered by his brother, Frank (Jocelyn); nephew, Joshua (Jamie); niece, Kelsey (Daniel); cousins; and so many more.

John graduated from Hoggard High School in 1971 and UNC-Chapel Hill in 1975. His career in geology started with the DOT and, eventually, to running his own company, Seismic Imaging Inc., specializing in geophysics and vibration monitoring. He loved his work and hesitated to retire because he wasn’t sure what he would do to fill his time. He quickly filled his days with volunteer work with the North Carolina Coastal Federation, the Audubon Bird Stewards at Wrightsville Beach, the OLLI concert band playing trumpet, HAM radio and hobbies he never had time to enjoy before. When his kidney cancer reappeared last year, we did not expect his death to come so soon. But true to his character, he quietly accepted it and was at peace in his last days.

John lived a wonderful life and touched the lives of so many. He was generous with his love and patience. Kind, humble, and just plain nice are the words everyone uses to describe him.

A funeral service will be held at 11 a.m., Wednesday, Oct. 18, at Holy Cross Episcopal Church, 5820 Myrtle Grove Road. A private burial for family will be held Thursday, Oct. 19, in Oakdale Cemetery.

In lieu of flowers, donations in John’s memory may be made to the North Carolina Coastal Federation and to Holy Cross Episcopal Church. 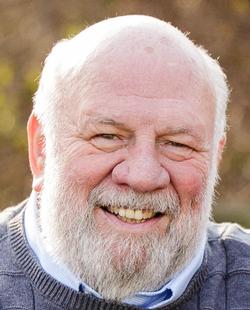 John P. (Jack) O’Brien passed away peacefully at home Feb. 13, 2018, of natural causes. John was born Oct. 14, 1944, in Torrington, Conn., to Dorothy (Miller) and Philip J. O’Brien. He attended the Loomis Chaffee High School and graduated with a bachelor’s degree in chemistry from the College of the Holy Cross. He was first in his class at University of Connecticut School of Business with a Master of Business Administration Degree in finance, winning the Wall Street Journal Award.

On June 29, 1968, he married Martha (Marty) McDonough of Bloomfield, Conn., with whom he had two sons, Tim and Brendan. John began his career at the Ensign-Bickford Company in Simsbury, Conn., where he rose to vice president of research and engineering at a very young age. He always loved a challenge and took great pride in the many product lines he developed. During his time there, John built a PETN plant in Graham, Ky.; was the primary technical person for licensing of shock tube technology from Sweden; and assisted the company to a position of industry leader for initiation systems.

With unwavering support from Marty, John left Ensign-Bickford in 1988 to branch out on his own. John created multiple companies, each targeting a different sector of initiation systems. He formed Shock Tube Systems with Steve Bartholomew, which was very successful making shock tube based products for the military. He also formed Detotec North America, and managed to penetrate the extremely demanding oil and gas industry.

John had a strong belief that he could achieve anything he set his mind to, and he has left a lasting legacy that bears this out. As the years passed, John became very focused on local politics, serving for many years on the Board of Finance for Stonington, and as the treasurer for the Stonington Democratic Town Committee. He was appointed by the governor of Connecticut as Harbormaster for the Pawcatuck River, where he and Marty lived. He was an avid rugby player helping to form the Hartford Wanderers, a tennis player and a skier.

Once he became a grandfather, he was a big fan of his five grandchildren’s teams. He loved sailing and boating his entire life, and was very proud of his powerboat the OBie. John loved spending time on Block Island, R.I., and would always enjoy his favorite mudslide at the Oar. John had friends all over the world, and he never met a stranger.
He is survived by his wife of almost 50 years Marty; his son Tim (Abby) and children Teagan, Cade, and Keira from Pawcatuck, Conn.; his son Brendan (Jennifer) and children Owen and Sean from Ledyard, Conn.; and his brother Joe (Eileen) and his children Robert and Melissa from West Hartford.

In lieu of flowers, contributions can be made in John’s honor to the St. Michael Capital Campaign, 60 Liberty Street, Pawcatuck, CT 06379.

Born in Perth Amboy, N.J., McAlinden was a resident of Hopewell, N.J., and Harvey Cedars, N.J., for over 90 years. He was a veteran of the United States Army and was part of the D-Day allied invasion of occupied France, landing on the Utah Beach sector. He fought through the Battle of the Bulge and throughout the Ardennes, Rhineland and Central Europe.

McAlinden was a pioneer in the field of commercial explosives applications. He began with the McAlinden Construction Company and later founded the Merritt J. McAlinden Corporation. His expertise ran the gamut of construction, demolition, industrial and marine blasting. He performed these special projects throughout the United States as well as Aruba. His expertise earned him the reputations as an innovator and the man who successfully delivered projects that others wouldn’t even attempt. The passion that he brought to this field for safe and quality work he freely shared in the development of a new generation of safe and effective Blasters. Through his retirement, he continued to follow the industry, engage with former colleagues, and offer advice and assistance to others.

Mr. McAlinden was involved in community services during his lifetime. He served on the Hopewell Borough Council and was a volunteer EMT with the Hopewell Fire and Rescue Department. Upon retiring to Harvey Cedars, N.J., he actively served as a volunteer EMT with the Barnegat Light Rescue Squad. For many years he was an active member of the St. Alphonsus Parish (Hopewell) and at the time of his passing was a member of the St. Francis of Assisi Parish (Long Beach Township, N.J.) and its Men's Cornerstone Group.

He is preceded in death by his parents Merritt and Ethel McAlinden; his wife of 62 years Louise Sommovigo McAlinden; and brother Joseph McAlinden. 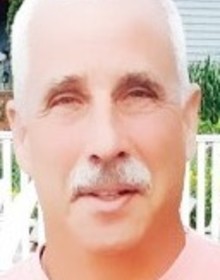 Joe Colicchie was the son of Sara Fino (Sam) and Eleanor Colicchie. Adored husband of 35 years to Mona (Ritson) Colicchie; proud and loving father to Aubrey Bennett and husband, Mark, and Jared Colicchie and wife, Meredith; cherished "Pappy" of his only grandson, Mack Bennett, who was always a source of joy and sunshine; deceased is his sister, Anita Colicchie. He is also survived by his sisters, Bernadette Colicchie and Patricia MacPherson.

Joe's priority in life was always his family, and he shared his affection freely and unconditionally. He was selfless and lived his life with both passion and purpose. His kind heart and amazing smile will forever be honored and celebrated by those who love him.

An avid fisherman and archery hunter, Joe loved the outdoors, but left this earth much too soon on July 2, 2017, after a full day of fishing with his lifelong friend.

Joe was a board of directors member of the Potomac Chapter of the ISEE. He has worked for Swanson Industries; Caterpillar, Inc.; Bucyrus International; and Terex Corporation.

In lieu of flowers, if your heart leads you to it, the family would ask that you donate to your local animal shelter or to Dogs for Vets.

Norman B. Harty, son of the late Walter and Nellie Harty, was born in Puxico, Mo., and died Thursday, Aug. 3, 2017, at Saint Francis Medical Center in Cape Girardeau, at the age of 81.

A well known local businessman, Mr. Harty owned N.B. Harty Contractors and a total of 10 branches of First Commercial Bank across southeast Missouri. Through his contracting industry, he conducted business on an international scale.

On Jan. 22, 1966, he married Billie Lemons. After 47 years of marriage and a business partnership, she preceded him in death June 21, 2013. Mr. Harty continued the Dexter, Mo., based business operations until his death.

Norman and Billie never forgot their hometown roots, generously contributing to numerous local charities and organizations and other entities over the years.

He will be dearly remembered for his deep Christian faith and his generous community spirit.

Along with his parents and his wife, Billie, he was preceded in death by one brother, John Harty.

He is survived by one stepdaughter, Sue Hisaw; one grandson, Christopher Wilkerson; one sister-in-law, Bonnie Harty; and two nephews, John Harty and Jim Harty.

Funeral services will follow at 11 a.m. Monday, Aug. 7 at the church. Officiating will be the Rev. Howard Fuller. Burial will take place in Dexter Cemetery.

The family suggests any memorials may be made to Williams Baptist College, 60 W. Fulbright Ave., Walnut Ridge, AR 72476, or to the SoutheastHEALTH Building Fund, 1200 N. One Mile Road, Dexter, MO 63841.