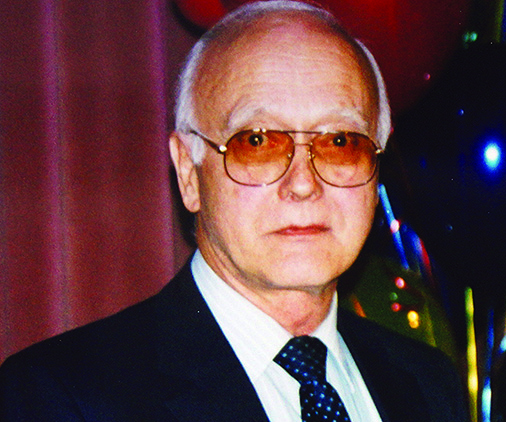 Sadly, Lewis L. "Lew" Oriard passed away on Dec. 31, 2020. In his 95 years, Lew had a very eventful life and he made incredible contributions to the understanding of blasting effects and practical limitations for high-risk work.

As a young man, Lew worked with his Grandfather Leon and Father Marcel at Oriard Powder Company - founded in 1910 in Spokane, Wash. In the early years, explosives were delivered by horse and wagon.

Lew continued his studies at St. Louis University in Missouri where he completed a master's degree in geology while also studying geophysics. Lew stayed on a few years at the University as a teaching faculty member.

In 1951, Lew returned to Spokane to become a part owner and technical advisor for Oriard Powder Company until 1965. He also provided independent consulting services during this period.

From 1965 to 1977, Lew relocated to California where he was an Associate to Consulting Principal and Partner at Woodward-Clyde Consultants. In 1977, Lew continued consulting from his Company - Lewis L Oriard, Inc. until he retired in 1995.

Lew authored The Effects of Vibrations and Environmental Forces in 1999, and in 2002, Lew completed work on Explosives Engineering, Construction Vibrations and Geotechnology. This important book concisely covers geotechnical subjects and provides many case histories summarizing key findings and challenges from Lew's diverse work throughout the world. Lew consulted on more than 1,500 projects in over 40 countries.

Lew had been an ISEE member since 1979. He was recognized by ISEE with a Blaster’s Leadership Award in 1992. He was presented with ISEE’s Distinguished Service Award in 2000. He was the first single author to have a book published by ISEE. Lew generously donated royalties from his books to the SEE Education Foundation which created a fund in his name: the Lew Oriard Scholarship Fund.

Lew's work is well documented in the books and many technical papers and journal articles he authored during his 50-year career.

Lew was a gracious and humble man with great integrity. When Lew's wife Helen was diagnosed with Alzheimer disease around 1995, Lew retired and with help from his children, they cared for her in his home for almost 20 years.

When Helen was finally admitted to a care facility, Lew and his son Tom visited her daily for eight years and carefully fed her to assure she had at least one good meal each day. Helen passed at age 92 in 2017. Lew's loving devotion to Helen is inspiring.

Lew is survived by his daughter Pam and sons Tim, Vince and Tom. He is predeceased by sons Steve and Doug, and his wife Helen. 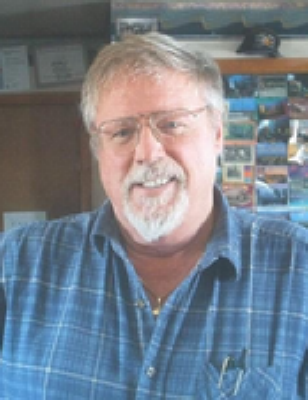 Paul Dean Kunze passed away on March 20 2021 at Phillips County Hospital after a short and courageous battle with lung cancer. He passed peacefully in his sleep surrounded by family.

Paul was born in Colfax Washington May 4, 1940 and adopted by Jane Marie and Paul August Kunze. He has one younger brother, Jim, who now resides in Clarkston, Washington.

Paul and Fran recently celebrated their 49th wedding anniversary. They had a wonderful family of four daughters, Gloria, Cherie, Nancy and Alecia, and one son, Mark.

Paul and Fran moved to Malta, Montana in 1981, purchasing a home south of town on HWY 191, where they established their home for the past 40 years. Paul was the Blasting Supervisor for N.A. Degerstrom for several gold mines until 1991. He purchased the Lane pump business in 1991 and started BDS, Inc., which is still in existence.

Prior to moving his family to Montana, Paul’s illustrious career led him to the states of Washington, Alaska Idaho, Oregon and Hawaii. He was a Geology Major at Washington State University and became a Lead Explosives Foreman for Whitman County in Washington State by the age of 20. He worked on such notable projects as the Grand Coulee Dam, the Pi’ilani Highway on Maui, Rock Island Dam in Wenatchee, Washington and locally being a part of the project to excavate “Leonardo,” the first discovered mummified dinosaur in the world.

Paul was a long-time member of ISEE (International Society of Explosive Engineers). He served as a board member for nine years, and was the Society President in 1998 and 1999. Paul also served as Chairman of the Board of Trustees for the SEE Education Foundation for 2000-2001. He was a founding member of the Rocky Mountain Chapter of ISEE in the state of Montana in 1991 and has served as President since its inception in 1991. He was a published contributor in many of the membership publications, including being a contributor to the ISEE 18th Edition Blasters Handbook as an author and reviewer. Paul left a significant footprint in the industry, from a small rural western town blaster to the world stage, always humble and oh so caring.

He enjoyed competitive trap-shooting events and competitions, receiving many awards along the way. He was a devoted rock-hound and taught himself how to knap arrowheads. Other hobbies included silversmithing and woodworking. He was an avid outdoorsman and enjoyed fishing, hunting and photography.

He is survived by his wife, Fran, and his five children, Gloria (John) of Salem, Oregon, Cherie (Dave) of Kalispell, Montana, Nancy of Portland, Oregon, Mark (Lisa) and Alecia (Steve) both of Malta, Montana. He also leaves behind a legacy of 30 plus grandchildren and great grandchildren.

Paul was so giving of himself and his knowledge, always sharing with family, friends and business associates in any way he could. He was so kindhearted and proud of his family, beaming with pride whatever the occasion.

He leaves behind a beautiful tapestry of life; loving family, good friends and lots and lots of wonderful memories.

Services will be at 2:00pm at Wilderness Funeral Home on Saturday, March 27, 2021 with Graveside services to all who would like to follow. Reception at the Tin Cup.

The service will be live streamed on our Facebook Page; Wilderness Funeral Homes https://www.facebook.com/wildernessfuneralhomes 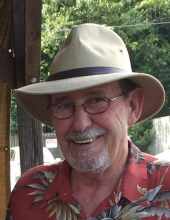 Terry Huskin Misenheimer, 69, of Albemarle, N.C., passed away Wednesday, April 1, 2020. Terry was born July 24, 1950, in Rowan County to the late W.W. Misenheimer and Virginia Teague Pickler. He was a 1969 graduate of East Rowan High School.

Terry worked as an explosives engineer for most of his life; he enjoyed his job, no matter where he worked, whether blasting pipelines in West Virginia, tunneling under a lake in India, or working a mile underground in the Midwest. Terry also loved riding his motorcycle, shooting his guns and even worked for a while as a correctional officer with the Texas department of prison's shooting range expert. Most of all he loved his wife, children, grandchildren and spending time with them camping and fishing. He had a zest for life, believing that nothing was impossible and would never back down from something he believed in. Terry had a big heart for those he cared about and was never short of wise cracks.

Service: Due to the mandate from Governor Cooper and in an effort to limit crowd size, a celebration of life will be held at a later date. Powles Staton Funeral Home of Rockwell is assisting the Misenheimer family. Online condolences may be made at https://www.powlesfuneralhome.com/obituaries/Terry-Misenheimer?obId=12609273#/obituaryInfo. 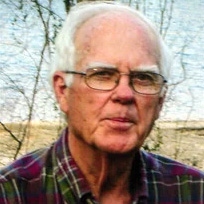 Chuck began his career in the explosives industry at a young age delivering product for an explosive distributor in Texas.  When sales increased in his delivery area, his employer quickly realized that Chuck was a natural salesman and was promoted into a sales position.

He worked in Virginia, and then moved to the export division of Atlas Powder, Atlas International in Port Bienville, Miss., where he headed sales and logistics for export into various regions.  Chuck travelled to 61 countries during the course of his career.

He was instrumental in the development of explosive initiation systems in South America, the Caribbean and Central America. Chuck was a very hands guy who advanced blasting technology in those regions. He also worked on several projects in Europe, especially Turkey. It was through his expertise, knowledge, honesty, and most importantly, he was one of the most personable, humble and respected men in the industry that made him one of a kind.

After his retirement, Chuck and his wife Edna moved to the White River area in Flippin, Ark. He started his second career building specialty fishing boats made for White River Trout Fishing. He enjoyed the outdoors, and fishing on the river with friends and family. In truth, Chuck enjoyed good conversation and loved telling stories and tales to his fishing companions.

To those of us who were honored to work alongside of him, the memories and stories will be told for many years. Chuck will be missed by many. 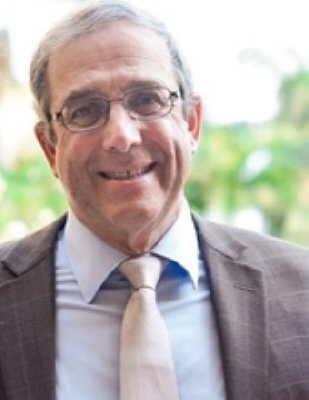 Ron worked in the explosive industry for over 40 years. He worked very hard and was dedicated to his craft. His tenure in the industry brought him many awards and the respect of his colleagues. His occupation allowed him to travel the world and make many great friends. His travels always brought great fun and many interesting stories he loved to tell.

Ron owned a red 1964 Volvo which led him to the love of his life Virginia, who owned a green 1968 Volvo. They were married April 26, 1980. Together they had four children, adopting a fifth into their family several years later. Their children have blessed them with 13 beautiful grandchildren. They were sealed for time and all eternity in the San Diego Temple on June 22, 2004.

Ron had many hobbies he enjoyed in the little spare time he had. He loved to golf. Spending time with family and friends on the course was something he tried to do any given weekend. Living in Utah helped feed his love for skiing. Taking his wife and kids up to the slopes brought many fond memories. Though it didn’t bring any trophies or grand photo moments, he still loved to fish. Fishing brought him peace and moments to ponder. He also loved the stars. Teaching people about the constellations, bringing out the telescope to look at the planets, and watching the meteor showers always brought a smile to his face.

His family is what made his world turn. He cherished his lovely wife and wanted her by his side, making new memories. Side by side they traveled the world, including recent trips to Italy, Paris, Switzerland, China, and Hawaii. He was never shy about expressing himself, speaking his mind, or far behind with a wiseguy comment or two. Watching his sports teams was a way for him to unwind and get wound up all in the same afternoon. He loved the Jazz, Flyers, the Utes, the Yankees, and the Philadelphia Eagles, who made him proud with a 2018 Superbowl win. There would be more championships on the list if they would have just listened to him through the TV. There isn’t a person he interacted with that wasn’t instantly drawn to his personality, he influenced everyone he met.

Ronald is survived in life by his wife Virginia, their children Shaney (Rand), Corinne (Joseph), Diane, Jordan (Chelsey), Rachel (Charles), their 13 grandchildren, his siblings Linda, James, Telene, Sally(Linken) and Deb (Don). He was preceded in death by his father, James, mother Genoveffa, and sister, Connie.

For a long time our church family has emphasized doing small acts of service for one another. Mother Teresa once said, not all of us can do great things but all of us can do small things with great love. We are truly grateful for the acts of kindness we have received over Ron’s long and protracted illness. Truly, none of these things were small to us. We would like to thank Dr. Esplin and his team, whose compassionate and exceptional care extended his time with our family.