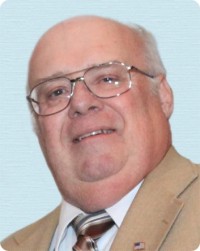 Dale was a lifetime resident of Madison Township and graduated from Union High School in 1970. He continued his education at Virginia Tech and Penn State. After graduating Penn State, he was the founding member of the International Society of Explosives Engineers (ISEE) Penn State University Student Chapter, where he continued as an industry advisor and was a true mentor to the students within the program, also assisting with job placement. For over 42 years, he was the general manager at Senex Explosives, Inc. Dale was a member of the ISEE and served as the organization's president for two years. He also attended the Wildcat Wesleyan Methodist Church and in his spare time enjoyed flying drones and taking aerial photography.

Dale was preceded in death by his step-father, Herman A. Colwell; grandparents, Jeremiah and Nancy Bowser; uncle, Clarence Bowser; and aunt, Blanche Bowser.

Burial will be in Rimersburg Cemetery, Rimersburg, Pennsylvania. Contributions may be given in Dale's memory to the Wildcat Wesleyan Methodist Church, PO Box 636, Rimersburg, PA 16248.

He initially joined M / S Binnie & Partners Consultants UK as junior geologist in 1965 and continued until 1968. From 1969 to 1972, he worked with TAMS ( Tippets, Abbet, McCarthy & Straton) International consultants as junior geologist. He deputed from WAPDA (Water & Power Development Authority) to Frontier Works Organization as chief geologist in 1973 and continued until 1995. He acquired experience in tunneling; surface and sub surface controlled blasting; and soil mechanics.

He joined Biafo Industries Ltd. (Manufacturers of Tovex Water Gel commercial explosives) as manager of technical services in 1996 and became an active and important member of the technical services department providing technical services to company's clients all over Pakistan in cement, quarry sites, tunneling and mass surface blasting industries. He was a very hard working and honest professional and continued contributing tremendously in the uplift and progress of his company. After retirement from company at age 60, he joined Frontier Works Organization again as consultant from 2004 and worked until 2013. He also continued his service to Biafo Industries as Consultant Technical Services from 2013 until his passing. He was active and practically involved in tunnel job up to very last day of life.

His sudden death left a huge gap of expertise especially at mining and blasting sector. He has served on various international projects like the Malakand tunnel, Lowari tunnel, Simli dam Islamabad, Lakh Pass tunnel, slope stabilization of Motorway M2 at Kallar Kahar Salt range, Atta Abad lake spillway handling and Bridge demolition of Sher Shah Karachi projects. He was a known a blasting specialist in the country as well as abroad.

He will be remembered and missed as a competent professional by his company as well as all his colleagues. 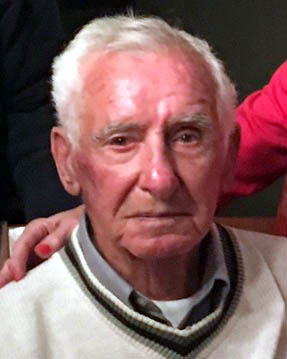 He was born in Tupper Lake, N.Y., Dec. 25, 1924, son of George and Mary (Provost) Thomas. After graduation, he enlisted in the U.S. Navy, where he served in the Pacific for four years during World War II, before his honorable discharge in 1946.

He worked for Hemlock Construction as a blasting foreman for 20 years. In 1971, with the support and help of his wife, he started his own drilling and blasting company, Carl B Thomas Construction Corp. and subsequently D & L Thomas Equipment Corp., Thomas Instruments and North American Track of Charlestown, S.C. He was known all over New England for his expertise in the blasting industry.

Mr. Thomas enjoyed walking the flea markets and was a collector of many things. While in Florida, he enjoyed fishing on his boat and in Spofford, his garden. He was a kind, generous and a well-respected businessman.

A mass of Christian burial will be held Wednesday at 2 p.m. at St. Bernard Catholic Church in Keene. Burial will follow at St. Joseph’s Catholic Cemetery. 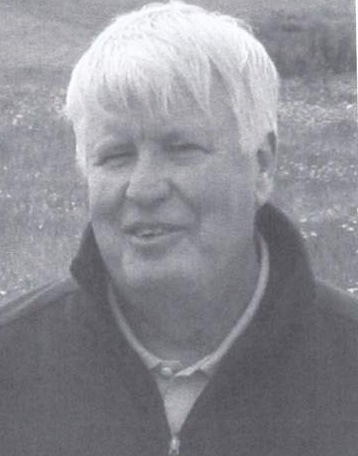 Richard (Dick) Washburn, age 73, passed away suddenly Monday, March 21 at the Fawcett Memorial Hospital in Port Charlotte, Fla. He was predeceased by his parents Harold and Louise Washburn and his son Christopher. Dick will be sadly missed by his best friend and wife of 44 years, Frances Ann (Bain) Washburn, by his sisters-in-law: Sue Bain, Judy (Richard) Bulmer and nephews Michael and Johnathan Heckbert and by his legion of friends and extended family throughout Canada and the U.S.

He retired in 2007 from a successful career in the commercial explosives industry and was the president of Patriot Explosives Inc, of Kingston, N.H. After his retirement he moved to Florida, where he enjoyed many warm winters and developed many even warmer friendships. Summers were spent in a lovely cottage on the shore in New Brunswick, Canada. His big loves were history, politics, golf and the outdoors. Those are the facts of Dick’s life, but they fail to capture the essence of the man. Dick was outgoing, friendly, honest and open. He could always be relied upon to help a friend in need and to do the right thing. It could be said of Dick, if it could be said of any man, that this was a really good guy.

A service of Witness to the Resurrection will be held 11 a.m. April 12 at the Burnt Store Presbyterian Church, 11330 Burnt Store Road, Punta Gorda, Fl 33955. Burial will take place in Ellisburg, N.Y. at 1 p.m. Saturday, June 4, 2016. Memorial donations may be made to the Harry Chapin Food Bank 3760 Fowler St, Fort Myers, FL 33901 — harrychapinfoodbank.org; or the charity of your choice. 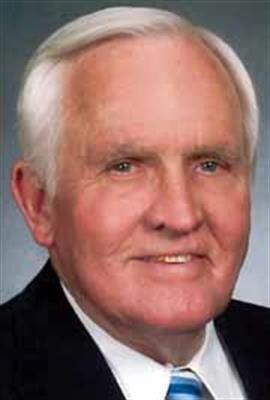 Dennis Bingham passed away Friday, March 18, 2016. A remembrance will be from 4 to 6 p.m. Tuesday, March 22, 2016, at Lake Ridge Chapel and Memorial Designers. Memorial services will be held at Southcrest Baptist Church at 10 a.m. Wednesday, March 23, 2016, with Dr. David Wilson officiating. Graveside services and interment will follow at 2 p.m. at the Spur Cemetery in Spur, Texas. A tribute of Dennis' life may be found at www.memorialdesigners.net, where you may leave memories and expressions of sympathy for his family.

Dennis was born July 25, 1931, in Spur, Texas, to the late A.N. Abb Bingham and Evelyn (Bennett) Bingham. He graduated from Spur High School in 1948. He married Ramonda McMillan Feb. 20, 1952, in Lubbock. Dennis graduated from Texas Tech in 1956 following 45 months in the Air Force during the Korean Conflict, serving in a psychological warfare wing. He was a member of College Club and later Kappa Sigma Fraternity. After graduation, he worked at Texas Tech Ex-Student Association for a year. He then entered into sales in 1957 and spent the next 50 plus years working for Dyno Nobel, Inc., one of the largest industrial explosive manufacturers and service companies in the world.

Dennis retired and continued as an industry sales manager, pipeline construction sales and technical advisor covering both Canada and all of the U.S. until retiring in 2009. He was given an Honorary Canadian Citizenship award in 1996 by the Pipeline Contractors Association of Canada. In 2008, he was given an Honorary Lifetime membership by the Pipeline Contractors Association of America. He served on the Buckner Foundation Development Council which also serves the Lubbock Buckner Children and Family Services. He and his wife Ramonda were honored by the Buckner International Foundation in 2008 being awarded the Philanthropist of the Year award at their annual Founders Day Dinner in Dallas, Texas.

One of the awards he received and was so proud of was being named the Outstanding Ex-Student of Spur High School on the anniversary year of the class of 1948 at their 60th year Spur Homecoming in 2008. He was a member of Southcrest Baptist Church, Lifetime member of the American Legion and a member of the former Knife and Fork Club of Lubbock.

Survivors include his wife, Ramonda; one daughter, Glenda Vargas of Lubbock; and a son, Dean, of Monroe, Wash.; four grandchildren; four great-grandchildren; and one great-great-grandchild. He is also survived by a host of cousins and friends. In lieu of flowers, the family suggests memorials to Lubbock Buckner Children and Family Services, 129 Brentwood Avenue, Lubbock, TX 79416-1601 or Spur Senior Citizens, 304 Burlington, Spur, Texas 79370.