Now Accepting Annual Nominations for Board of Directors and Service Awards 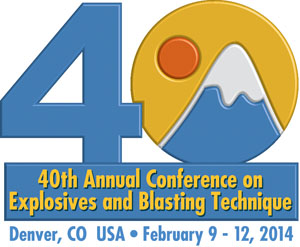 The ISEE Nominating Committee is seeking nominations of candidates for the ISEE Board of Directors fall 2013 election. Candidates must be qualified as members of the society who have demonstrated leadership and active participation in the society and in the explosives industry.

Candidates who are elected to the board will take office February at the end of the Annual Membership Meeting that will be held at the 2014 Annual Conference on Explosives and Blasting Technique.

The slate of candidates will appear on the fall ballot. Click here to nominate a candidate online or to download a nomination form.

Nominate a coworker or colleague who has made an exceptional contribution to the fields of explosives or drilling for one of the International Society of Explosives Engineers most prestigious awards. There are three awards the ISEE is accepting nominations for: