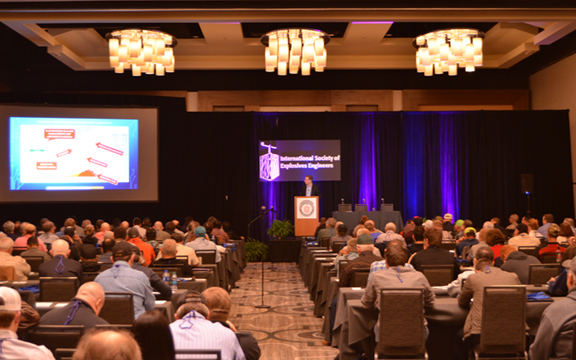 More than 1,700 people from around the world met Jan. 28–31, 2018, in San Antonio, Texas, for the 44th Annual Conference on Explosives & Blasting Technique, the world’s largest conference on explosives engineering.

Accolades
David Siskind, Ph.D., DE Siskind & Associates (DESA), was inducted into the Explosives Industry Hall of Fame. He becomes the second person to be given such honors. Several other industry members who throughout the year have made exceptional contributions to the explosives and drilling fields were also given awards at the conference.

Passing of the Gavel
After completing his two-year term, Jack Eloranta handed over the reins and gavel to the new ISEE Board President Jim Daley. The next Annual Conference on Explosives & Blasting Technique will be from Jan. 27 – 30, 2019, at the Gaylord Opryland Resort in Nashville, Tenn. 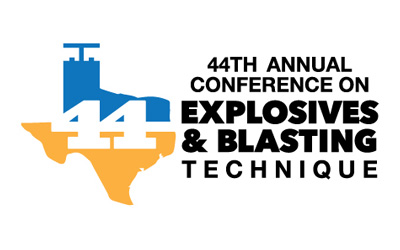 Get ready for the 44th Annual Conference on Explosives and Blasting Technique by downloading the official mobile app to help you maximize your time at the event. Download the app today to view the complete schedule and add your favorite exhibitors and sessions to the personalized planner for convenient on-the-go access before and during the conference. Be sure to check the app often. More information will be added soon.

Now Accepting Blasters R Us Video Round Up Submissions 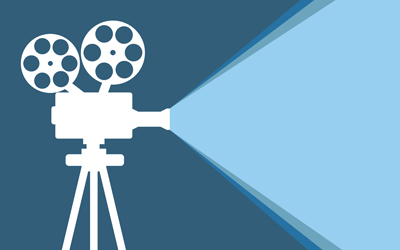 To get started, download a submission form and submit it to This email address is being protected from spambots. You need JavaScript enabled to view it.. Once your form has been processed, you will receive a link to upload your video. The round up will take place during the 43rd Annual Conference on Explosives and Blasting Technique held this year in Orland, Fla.

The deadline to submit your video is Monday, Jan. 8. Submit yours today. 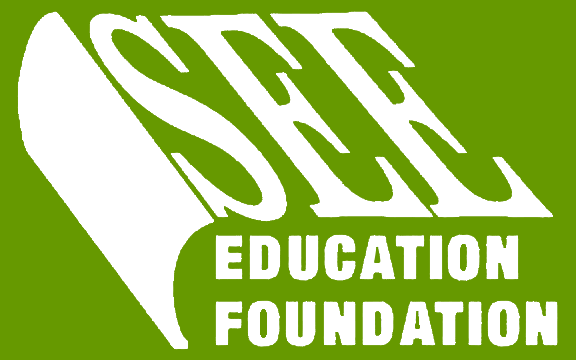 There are many items already posted to the auction site and are available for bidding from now until Jan. 30, 2018. As in previous years, the SEE Education Foundation will be auctioning off a variety of fun, priceless and unique items to raise money for the Education Foundation Scholarship Fund which supports students pursuing degrees in explosives-related fields.

You can support these fundraising efforts by bidding on the amazing packages we have up for auction, or you can make a donation to the Education Foundation Scholarship Fund without bidding. The auction culminates at the Grand Finale Gala at the 44th Annual Conference on Explosives & Blasting Technique. Please submit your bids, track your favorites, set alerts and make these items yours, all while supporting the Education Foundation's efforts.

Make your plans now to attend the ISEE 44th Annual Conference on Explosives & Blasting Technique, and register before Nov. 30 to receive discounted early bird rates. As many as 1,600 blasters, manufacturers, government officials and suppliers gather from all over the world to gain new insights and to form new business alliances. Participation will be strong as the largest conference of its kind in the explosives industry comes together in San Antonio. Register online today!

Room Reservations
Click here to book your sleeping room reservations online, or call the Grand Hyatt San Antonio Hotel at 1-888-421-1442 or (210) 224-1234. Please be sure to mention ISEE to receive the conference discount rate of $210 single/double. Your help is needed in keeping meeting costs down by reserving your sleeping rooms at the Grand Hyatt San Antonio Hotel. Please watch out for housing poachers.

Transportation
You will receive a discount off the lowest applicable published airfare when you make airline reservations with Delta Airlines. Book online at Delta and enter the meeting event code NMQR7 under Advanced Search.

About the Conference
The Annual Conference on Explosives & Blasting Technique is the largest conference of its kind. As many as 1,600 blasters, manufacturers, government officials and suppliers from all over the world are expected to gather for this conference to gain new insights and ideas and form new business alliances. The conference will run Jan. 28 - 31, 2018, at the Grand Hyatt San Antonio Hotel in San Antonio, Texas. For more information visit the conference page.