In Memoriam: Dr. Calvin Konya, A Founding Father of ISEE and Educator 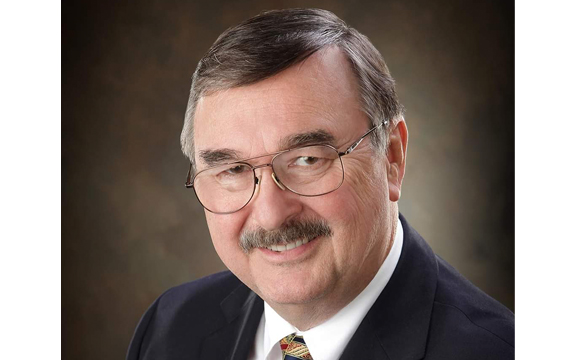 Dr. Calvin Konya was born in Cleveland, Ohio on June 23, 1943 and as a child enjoyed spending time on his Grandparents farm and playing basketball as a four-year varsity athlete for the West Geauga High School, located in Chesterland, Ohio. After high school, Dr. Konya attended the Missouri School of Mines (now The Missouri University of Science and Technology). He completed numerous degrees at the University including a Bachelor's in Mining Engineering, a Masters in Mining Engineering, a Masters in Engineering Management as part of the first class of the newly formed program, and a PhD in Mining Engineering. During his coursework his major research included the development of blasthole spacing methods based on stiffness ratio - which is now used throughout the world for the basis of blasthole spacing design, development of hypersonic conical shaped charges, use of conical shaped charges for development of drill holes for blasting on the moon and mars - the first research project by NASA ever completed to analyze blasting on other planets, and liquefaction and purification of coal. During college, Dr. Konya worked as a waiter at Zeno's Restaurant in Rolla, MO, farmed large plots of grapes to sell to local wineries, and tended to a large assortment of bees to sell honey at local markets.

After college, Dr. Konya went to teach in the Mining Engineering program at West Virginia University, while at the college he quickly advanced to a full Professor status. His research was primarily in the area of explosives engineering and he and his students completed research to determine in-borehole pressures from explosions; developed the mechanisms of stemming function that are now understood and applied throughout the world today, developed methods to calculate blasthole burdens which are the primary method for this calculation still used today; and several other major research projects. During this time, Dr. Konya saw a need for a community which could unite the explosive industry to share research and technical topics and teach blasters around the United States and the world. This desire was what led Dr. Konya to begin the development of the International Society of Explosive Engineers. Dr. Konya went out to major leaders in the Explosive Industry and developed a board of directors, who subsequently elected him as the first president and first executive director of the ISEE. He served as a volunteer in these roles for thirteen years, using his office staff and his wife, Eva Konya, to help grow the ISEE and develop enough in cash reserves to hire the first paid executive director to continue to grow the ISEE. Dr. Konya was later granted a lifetime membership to the ISEE in 1987 for his dedication and leadership of the organization.

During this time, Dr. Konya also started his consulting practice, Precision Blasting Services. His practice grew quickly and within a few years he left teaching at West Virginia University to focus full-time on his consulting practice. Dr. Konya moved his immediate family to the Cleveland area to be closer to the rest of his family. Shortly after this, Dr. Konya was head-hunted by The Ohio State University to develop and lead their mining engineering program from 1978 to 1987. Dr. Konya grew the program and taught in the areas of drilling and blasting, while running his consulting practice. Dr. Konya was an avid educator and loved to teach people the art and science of blasting, as such he also taught industry leaders through various short courses, holding his first seminar in 1968 and completing his last seminar in March of 2021. He taught thousands the art and science of Explosive Engineering, having students from over 100 countries attend his training. In 2007, Dr. Konya started the Academy of Blasting and Explosive Technology as a set location where students could come and learn about explosives.

Dr. Konya also served as a National Exchange Scientist for the National Academy of Sciences with his sponsor country being Hungary. During this period, Dr. Konya went through every mine in Hungary and helped them optimize their blasting while also conducting ground breaking research in blast design which was subsequently published in his numerous books and papers. Dr. Konya often told stories of dealing with explosives in a Communist controlled country, including racing the KGB and Hungarian secret services through the mountains to 'show them a good time and see if they could keep up'. For his outstanding work as a scientist, diplomat, and leader in the field of Explosives the National Academy of Science awarded him the Distinguished Scientist Medal in 1995 and inducted him as a life member of the organization. Dr. Konya's family ties went back to Hungary, with his grandfather immigrating from Hungary to the United States. After spending much time in the country, Dr. Konya decided he wanted to work in the country for the rest of his life. He developed his own line of emulsion manufacturing equipment and his own emulsion formulations, he then built multiple plants throughout Hungary; servicing the majority of the marketplace and exporting into all nearby countries. This business continues to run today and produce explosives for the Hungarian marketplace. Dr. Konya also taught courses at numerous Hungarian universities and in 1989 was awarded an Honorary Doctorate from Nehezipari Muszaki University in Hungary for his outstanding worldwide contributions to the field of Explosive Engineering.

Dr. Konya's primary line of work since 1975 has been consulting worldwide in Explosive Engineering. Dr. Konya has consulted in over 75 countries at over 10,000 surface mining operations; over 500 underground mining and tunneling operations; and over 1,000 major heavy civil construction projects. He worked closely with the United States Department of Defense on dozens of large scale construction projects, many of which were with the U.S. Army Corp of Engineers. Dr. Konya also interfaced with numerous allied militaries in explosive engineering and blasting. Dr. Konya also served as an expert witness for hundreds of legal cases involving blasting around the world with awards for his clients exceeding over $1,000,000,000. Dr. Konya also served as a consultant and educator for the United States Federal Highways Administration from the late 1970s onward, teaching the FHWA employees and contractors in all 50 states and writing the FHWA Blasting Manual. This manual was republished in the 5th edition in 2015 and still serves today as FHWA blasting textbook. Dr. Konya was an avid writer and loved to share the stories and concepts of blasting, he contributed over 150 publications including numerous texts to journals, conferences, and trade magazines. Dr. Konya wrote over a dozen books which have been translated into languages around the world.

Dr. Calvin Konya was a true pioneer in the explosive industry, teaching thousands around the world; helping tens of thousands as a consultant, and forever changing the field of explosive engineering with the founding of the ISEE and his research contributions which impacted all areas of blast engineering. Dr. Konya was also a licensed pilot and greatly enjoyed flying his plane, he was an avid outdoorsman and fished and hunted throughout the world. Most of all, Dr. Konya valued his family and was always committed to being the best Husband, Father, and Grandfather that he could be. He is survived by his wife of 51 years, Eva I. Konya; his four children, Dr. Anthony Konya, Judy Petrucci (Konya), Eva M. Konya, and Ashley Konya; and his one grandson, Triston Sefcik. Dr. Konya's friends always knew him as a gentle, stoic, and kind person who was always willing to help, he will be greatly missed by all his great friends and the entire explosive industry.